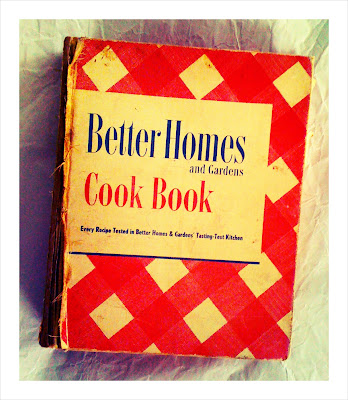 Apologies for the prolonged radio silence, kids. It's been a ridiculously busy week in Roxie's World. It's also been a stressful, emotionally draining week for Moose in particular. She spent last weekend in her native state, working with her three siblings to get the Mother of the Moosians ready to transition from independent living in Indiana to assisted living in Michigan, close to the Little Sister of the Moosians. MOTM turned 80 this summer and outfoxed lung cancer earlier this year, but she has short-term memory impairments that make it hard for her to remember little things like when the movers are coming and bigger things like, oh, participating in the decision to move to Michigan.

Perhaps a longer pause is in order. My typist is weary. Her heart is full. In her head, she hears the aching tenderness of Chris Colfer's cover of "I Want to Hold Your Hand," which Glee's Kurt sang last season when his father, his only surviving parent, had a heart attack.

When are they coming?

The cookbook in the photo above transitioned, too, making its way from a shelf in MOTM's kitchen to one in Roxie's World. This was the cookbook of Moose's childhood, the battered tome that figured into a 2009 post on the culinary history of the Moms and the United States. A close look at the book's helpful guide to meal planning perhaps explains why Moose found it necessary to break up with potatoes as part of her recent Lifestyle Adjustment Program. You'll notice there ain't a lot of whole-grain variety in the list of starchy foods in that third column in from the left: 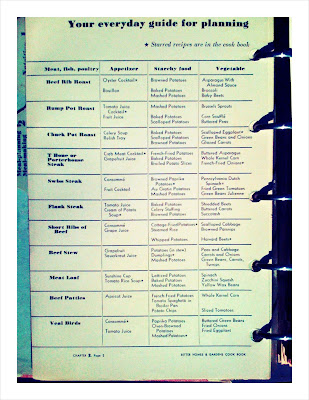 Moose has agreed to take on the role of family archivist, because that is what English profs and history geeks do in their families, being useless when it comes to things like managing finances and figuring out which asthma inhalers are full and which are empty. She came home with several recipe boxes and books, including one from her maternal grandmother that goes back to at least 1937. She also is getting custody of file boxes full of family photos, letters, and documents. She already has her parents' college yearbooks, her grandmother's high school diploma, and her father's certificate of baptism. Still to come are the scrapbooks she loved to look at as a child, mostly because they included the earliest photographs of her own tiny self, cradled in the fleshy arms of that same grandmother who graduated from high school in 1923 for "intellectual attainments and correct deportment."

Having spent part of the winter of 2010 digitizing me after my untimely demise, Moose now seems on track to digitize the entire famille Moosianne. Assuming she isn't overcome by the dust or doesn't end up lost in a labyrinth of words, images, and memories. Which is, you know, pretty likely. Stay tuned.