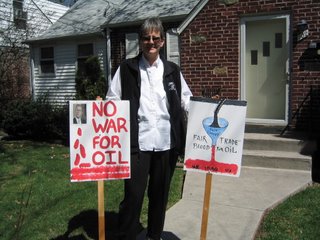 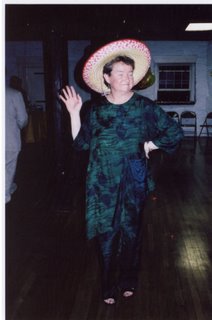 I named my moms Moose and Goose shortly after they brought me home with them in May 1994. I was seven weeks old, so tiny I could fit into the palm of a hand and so uncertain on my feet that they could let me run around the front yard knowing I'd never get out of reach. I quickly grew in size, speed, and personality, however, and my moms realized we would have to work out a few basic issues in our parent-child relationship. A born dominatrix and a tough little cuss, I was more than willing to take on the role of alpha-dog, but Moose seemed to have different ideas. She packed us all off to obedience school and insisted that she would be the leader of our pack. She insisted on rules, rules, rules: I would sleep in a crate, I wouldn't be fed from the table, I would sit when I was told to. She was so emphatic about order and routine that I named her mother "Moose," as in Mussolini, an Italian leader known for his commitment to discipline. My other mother, on the other hand, had a tendency to be more flexible about rules, especially when I turned my big brown eyes in her direction. She didn't mind that I pooped on the floor of her office when I was a tiny pup or that I chewed the corner off the cover of one of the books she'd written so that Rowing in Eden became Rowing in Ed. She laughed and said that rowing in Ed would probably be a lot of fun and maybe we should try it sometime, and so I named her mother "Goose."

Over the years, it's worked out pretty well, this delicate web of roles and relationships, rules and realities we've built together. Moose keeps us clean and makes us laugh. Goose makes sure that the bar and the pantry are always well-stocked in case a friend drops by. And I walk ahead of them on the trail, glancing back occasionally to make sure they're safe, never straying far in those rare moments when they let me off my leash and Moose starts singing, "Oh, freedom, oh, freedom, oh, freedom, over me. . . ."
Posted by Roxie Smith Lindemann at 9:24 AM

Email ThisBlogThis!Share to TwitterShare to FacebookShare to Pinterest
Labels: animals and humans, my moms